Terravista To Bounce Back In TJ Smith

Terravista will be out for redemption when he contests the $2.5 million TJ Smith Stakes.

The six-year-old was an unlucky second to Chautauqua in the Lightning Stakes at Flemington at his first start this preparation.

Jockey Damien Oliver fumbled the whip in the closing stages of the race and Terravista was beaten a nose. 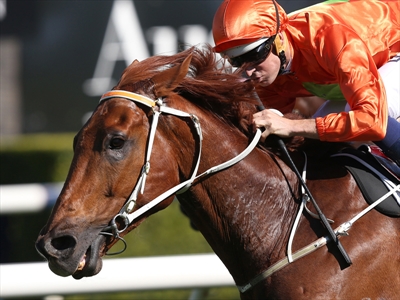 He then missed the Newmarket Handicap won by The Quarterback with a minor hoof problem but trainer Joe Pride said that was not an excuse for his disappointing ninth in the Galaxy at Rosehill last Saturday week.

Pride said he would be looking for Terravista to bounce back in the TJ Smith at Randwick on Saturday but he still can't find an answer for the questionable Galaxy run.

"It was one of those races we didn't target and maybe the month between runs second-up hurt us," Pride said.

"I can throw a few excuses at it but there's nothing solid or concrete there that I've found.

"We had a foot issue going into that run but he pulled up 100 per cent so I can only say that I don't think that bothered him on the day."

Pride said Terravista would gallop at Warwick Farm on Tuesday in his last hit-out before the TJ Smith.

"A wet track won't hurt his chances at all."

Regular jockey Hugh Bowman has elected to ride the Chris Waller-trained Delectation in the TJ Smith, giving Brenton Avdulla his chance aboard Terravista.

"He ran well in the TJ last year."

Avdulla said the disappointing run in the Galaxy could be down to gut-busting first-up performance down the Flemington straight in the Lightning.

"Joey's pretty confident with him going into Saturday," Avdulla said.

Terravista, third to Chautauqua last year, is rated a $15 chance for the TJ Smith, while Delectation is at $26.

The market is led by Godolphin star colt Exosphere at $2.80 and Chautauqua who is at $4.20.